Integrated farming of fish and livestock is an old practice consisting of the culture of fish (or shrimp) associated with the husbandry of domesticated animals such as pigs, ducks, chicken, etc.Integrated farming is traditional in Asia, especially in China and is now also applied in Europe and, on a small scale, in Africa and some Latin American countries.In many developed countries, intensive-scale aquaculture is now considered as a source of pollution of the environment due to the release of organic matter into the rivers. This is particularly the case of trout farms. Intensive farming of pigs and poultry produce large quantities of manure and animal wastewaters which must now be treated in order to prevent serious environmental problems.The most prevalent method of manure disposal is its use as fertilizer on land, but excessive use of fertilizers will lead to eutrophication of inland and coastal waters.

There is a possibility of recycling organic wastes, manures and farm effluents in fish ponds. The end product is an improved production of animal protein, particularly needed in developing countries.The aim of integrated farming is the recycling of animal wastes (faeces, urine and spoiled feeds) to serve as fertilizers, and sometimes as food for fish raised in ponds, enclosures and cages. According to Olah (1986; cited in Billard et al., 1990), the amount of organic matter which can be recycled in ponds as fertilizers is up to 5g C.m2d-1, corresponding to 100 kg of dry manure ha-1d-1 and the expected production in polyculture (common carp and silver carp) may reach 30 kg ha-1 d-1 without feeding the fish. Such a yield is much higher than classical animal production on land.According to Pillay (1990), the basic principles involved in integrated farming are the utilization of the synergetic effects of inter-related farm activities, and the conservation, including the full utilization, of farm wastes. It is based on the concept that “there is no waste”, and “waste is only a misplaced resource which can become a valuable material for another product” (FAO, 1977).

The rationale behind integrated farming is to minimize wastes from the various subsystems on the farm: wastes or by-products from each subsystem are used as inputs to other subsystems to improve the productivity and lower the cost of production of the outputs of the various subsystems (Edwards et al., 1986).Integrated fish farming is generally considered particularly relevant to benefit the rural poor. In Asia, fish farming has been a part-time activity of peasant farmers, who developed it as an efficient means of utilizing farm resources to the maximum capacity.Integrated farming can play a role in increasing employment opportunities, nutrition and income of rural populations and has received considerable attention in recent years. Besides many developing countries of Asia, some in Africa (Central African Republic, Cote d’Ivoire, Cameroon, Zambia) and South America (Brazil, Ecuador, Panama) have introduced this system on a pilot or larger scale. Some of the East European countries (Hungary, Czechoslovakia, Poland) have expanded and improved in recent years, the practice of integrating animal production with fish culture (Pillay, 1990).Simultaneous production of fish in ponds, with pigs, duck or chicken rearing in pens, beside or over the ponds constitutes a continuous organic fertilization of the pond by the livestock. This practice increases the efficiency and rentability of both livestock farming and fish culture through the profitable utilization of animal and feed wastes (Vincke, 1988).

INTEGRATED FARMING OF FISH AND LIVESTOCK

Cattle and the water buffalo with fish culture, on a smaller scale.The main fish species stocked in animal-fish pond systems, either in mono or polyculture are the common carp, the Chinese and Indian carps and Oreochromisniloticus. A number of other species such as Pangasius sp., Clariasgariepinus Burchell, hybrid of tilapia, grey mullet and eels are also raised, mainly in poly-culture. Stocking densities and species composition vary considerably from system to system and sometimes from country to country, depending upon several factors. 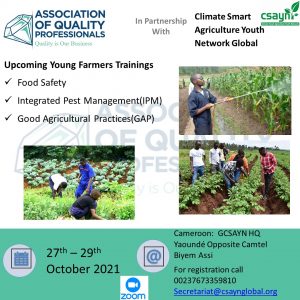