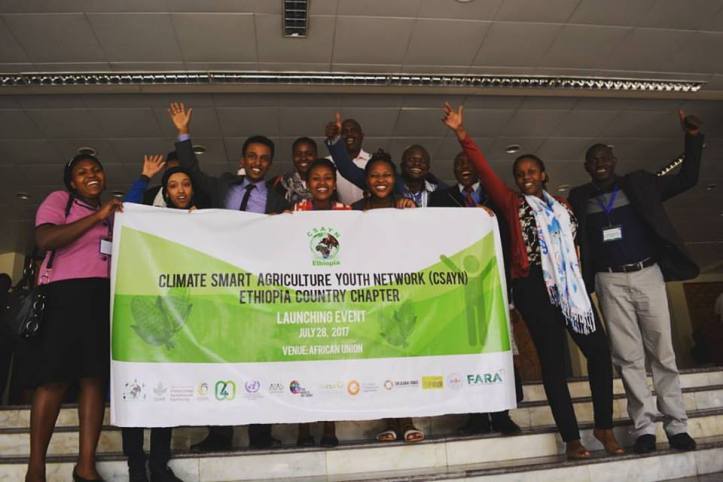 The chapter is yet another progress to empower Ethiopian youth through shared knowledge and capacity building in CSA and Agribusiness to address critical challenges in climate change, Food Security and unemployment. CSAYN Ethiopia will serve as an open platform for Ethiopian Agropreneurs, youth farmers, environmentalists and youth advocates within the ages 18 to 35.

Members of Parliament and Ministers of States along with other youth delegates and directors of a number of NGO’s within the Agriculture and Livestock Sectors. Country Coordinator for CSAYN Ethiopia and Partnership Director – Abiy Shimelis presented some of the key achievements made within the 15 country chapters mostly in Sub-Saharan Africa.

Abiy highlighted CSAYN’s major success in translating the SDG’s into local languages and how that leveraged effective community participation and derived interest for young people to engage in CSA.
“Each country chapter has had its own unique success story to learn from” mentioned Abiy during his presentation, “particularly in being an example of how CSAYN was able to ensure the inclusion of youth living with disabilities in CSA and the application of its SDG localization campaigns.” He also highlighted the importance of launching CSAYN Ethiopia on this high level meeting, helping draw the attention of relevant stakeholders to tap into the youth’s motivation to make impact within agriculture and climate change adaption. “We need to retain young people in agriculture as a means to address unemployment and climate adversities”, says Abiy. “That is why agriculture needs a creative and rebranded image among the youth to create more opportunities within the sector”. 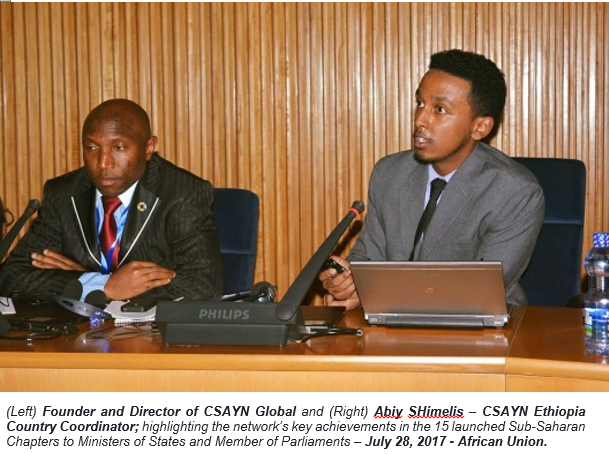 Founder and Director of CSAYN Global – Ntiokam Divine added “CSAYN stands as a proven example of how it was possible to mobilize and deliver impact with little or mostly no financial support.” He further added, “With inclusive youth and community participation, CSAYN is on its visionary track to globally empower young people in CSA knowledge and practices”.

Dr. Berhanu – Director of FAO in Ethiopia expressed his delight to see young people in action and complemented CSAYN’s achievements so far. He further recommended for CSAYN to include livestock as part of its agenda in addition to youth engagement in CSA.

Similar sentiments where shared from Member of Parliament Representatives from Malawi and Nigeria who jointly shared their sentiments on the need for CSAYN ET to consider livestock as an action entry point to make the narrative of agriculture more inclusive of livestock husbandry. 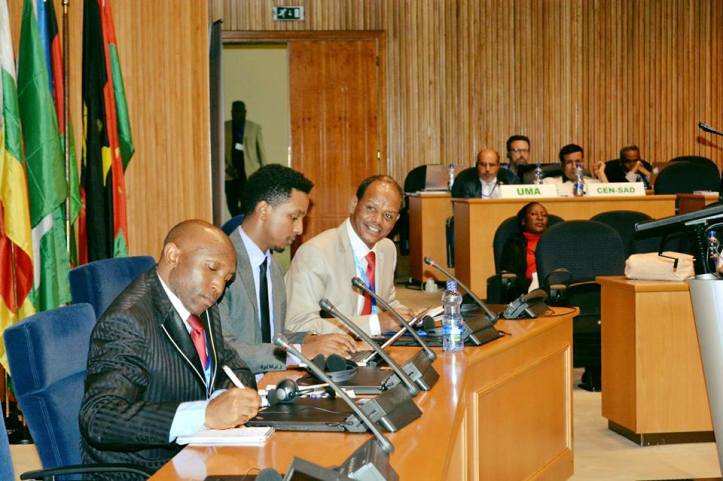 The launching ceremony for CSAYN ET on this AU High Level Meeting helped start with high notes allowing it to stretch its stakeholders’ involvement from the get-go. The launching session was concluded with great enthusiasm as youth delegates and stakeholders gather for a group photo.