A REPORT ON CSAYN LAUNCH IN NIGERIA 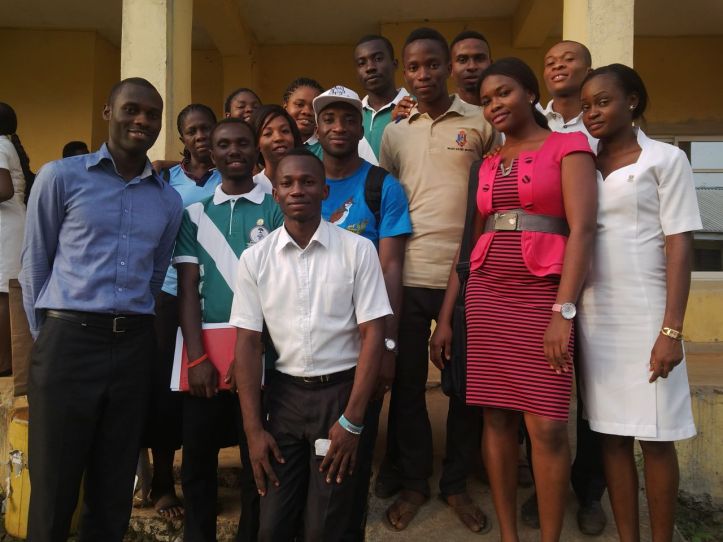 The flag off would not have been successful without the assistance of the Nigerian Youths Against Climate Change (NYACC) and Dr Obi Ejeatuluchukwu hence, I want to thank them and the CSA team graciously for giving me the privilege to serve humanity. 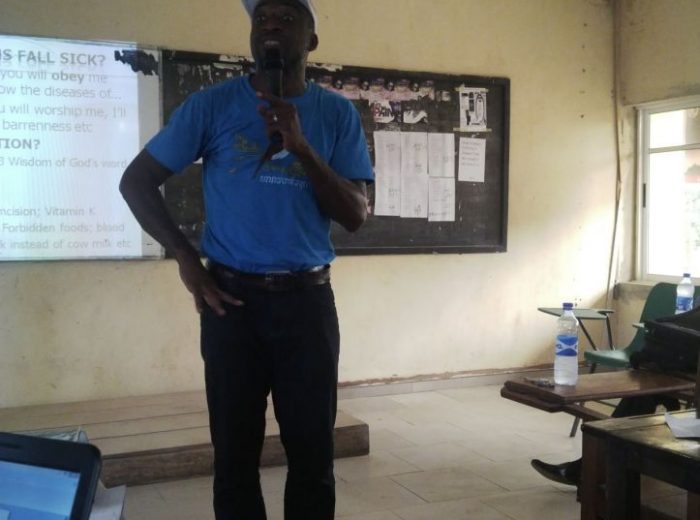 It came as a challenge to me, knowing that Nigeria is the pilot country in West Africa, but not withstanding my team and I did everything possible to ensure that the flag off was done in December 2014. Considering the objectives of CSA, there was no better theme to consider than ‘THINK, EAT AND SAVE’. 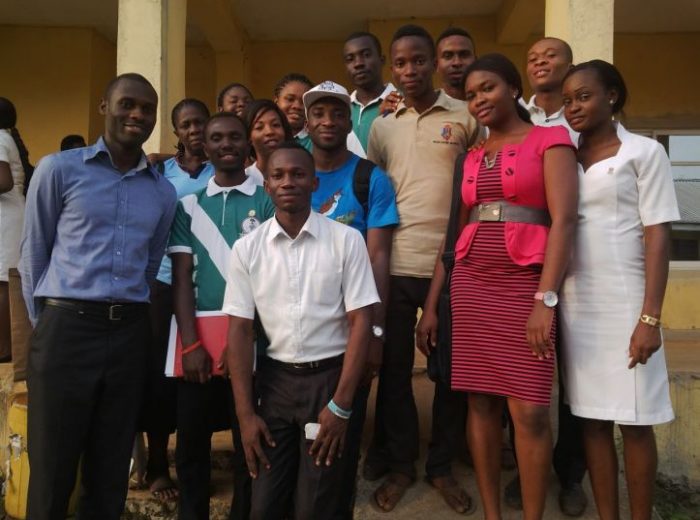 This great event took place on December 19, 2014 at the College of Health Sciences, Nnamdi Azikiwe University, Okofia, Nnewi campus. About forty students from different disciplines gathered for the event. 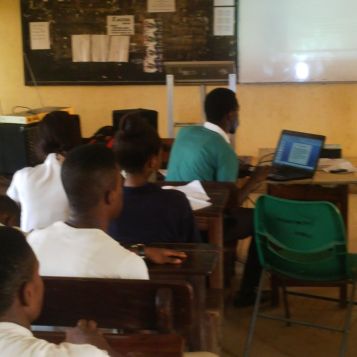 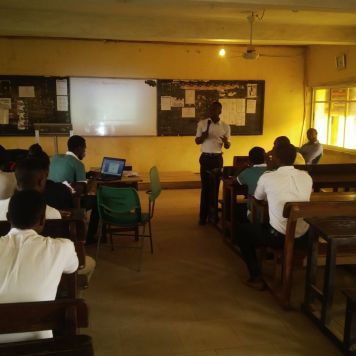 The three hours event began with welcoming of students, lectures and special guests. Mounting the podium, the country co-coordinator Mr. Ejeguo Ogheneovo began by calling to mind the current changes in climate, climate shift and its impacts on the environment, the economy and man. He emphatically stressed global warming as a cause of rise in seawater and the incessant natural disasters. Furthermore, he said the dwindling economy in Nigeria is because the attention of everyone is centered on crude oil forgetting that agriculture is the major employer of the labor. With the forecast of an unusual upsurge in population by 2050 as stated by the united nation, it would be pertinent for youths to get fully involved in agriculture to fight the fear of food insecurity. In his speech, he did not forget to mention the United Nations Zero Hunger Challenge Campaign, stating the menace child malnutrition has caused over the years. 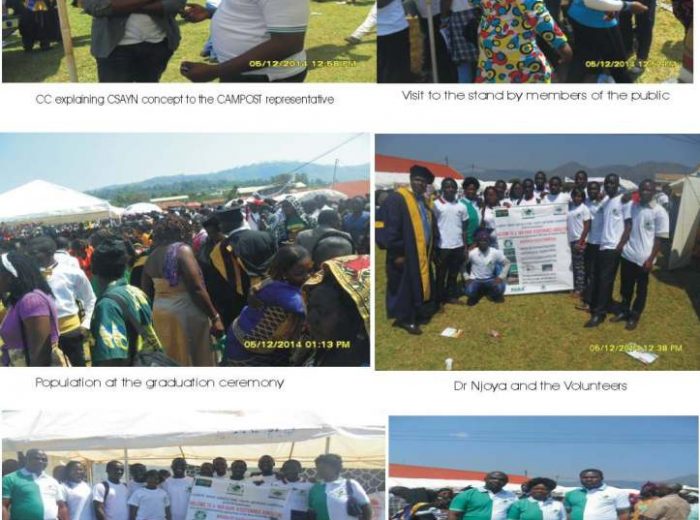 Dr Ubaoji Kingsley, a nutrition expert, Department of Applied Biochemistry, Nnamdi Azikiwe University Awka in his lecture ‘THINK, EAT AND SAVE’ began with the statement “The ultimate test of a moral society is the kind of world it leaves behind for her children.” Dr Kingsley also said earth is falling and failing in several areas leading to air pollution, water pollution and land pollution. he stressed that good health stands on a tripod stand of REST, EXERCISE AND DIET. Moreover, he said our nutrition has been adulterated due to industrial processes of food production, which depletes many nutrients—the heavy chemicals used as fertilizers make modern crops lower in nutrients when compared with crops in ancient times. He pointed out that poor nutrition (lack of the right nutrients) has resulted in conditions such as arthritis, high blood pressure, diabetes and stroke, which are now diseases of the young instead of the old.

By way of conclusion, Dr Ubaoji Kingsley said the only way to ensuring food security, good nutrition and reclaiming the earth are: educating the youths about climate change encouraging youths to be fully involved in agriculture, educating the public on good nutrient and eating more natural food than purified ones, setting up food banks, and ‘regreening’ the earth. 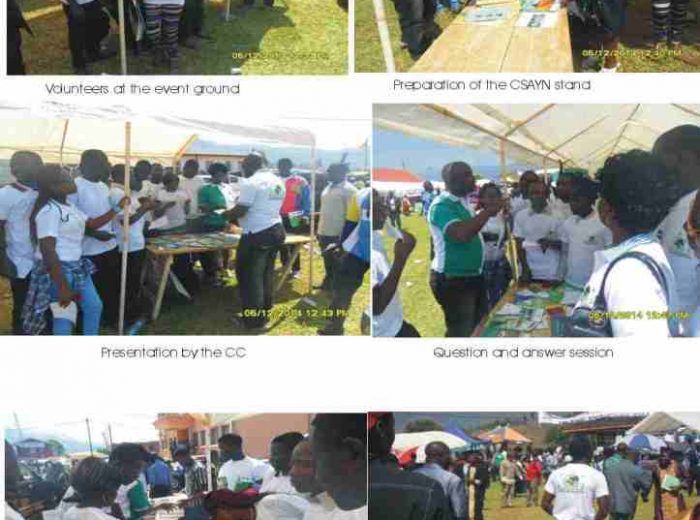 The curtain was drawn on the occasion as the country coordinator gave a vote of thanks followed by snapping of group photographs. See attached for photographs of the event. 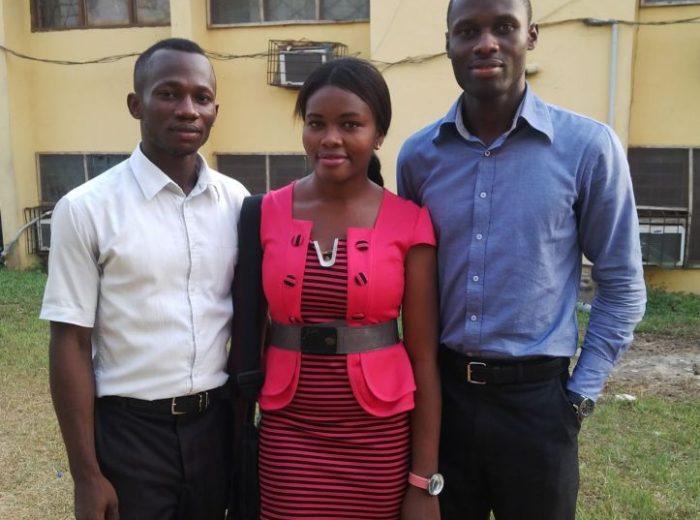